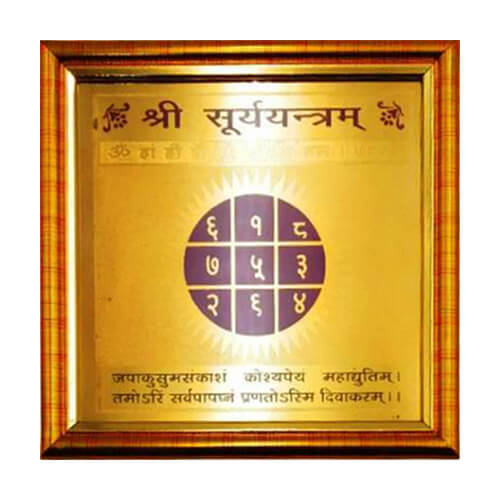 Surya Yantra - Yantra for Sun
As the name suggests, Surya Yantra is used to appease the planet Sun. As per the Hindu mythology planet Sun has been regarded as god of divinity and worshipped by the devotees. It is believed that planet Sun stands for power and authority. The Sun Yantra empowers the leadership, brilliance and decision-making power. It triggers the positive energy with in and around. Worshiping Surya Yantra eradicates negative effects of Sun from horoscope and attracts positive energy.